Widely acclaimed as a key figure in the music of our time and as a uniquely significant interpreter of piano repertoire from every age, Pierre-Laurent Aimard enjoys an internationally celebrated career. Musical visionary and a pioneer artist renowned for his revelatory insights, he was awarded the prestigious 2017 International Ernst von Siemens Music Prize in recognition of a life devoted to the service of music.

Aimard’s 2019/20 programme focus, “Beethoven and the Avant-Garde”, is a tour de force of pianistic discoveries which transcends traditional boundaries. In this unique and very personal take on Beethoven’s legacy developed in response to the composer’s 250th anniversary year, Aimard juxtaposes Viennese Classic with compositions of the avant-garde to reveal surprising cross-references. This season sees Aimard present the project in concerts as part of Berliner Festspiele at Philharmonie Berlin, Philharmonie de Paris, Tokyo Opera City, Southbank Centre and on tour in the US.

Together with the Gürzenich Orchestra and François-Xavier Roth, Aimard tours Europe with their ‘New Academy Concerts’ series created in the spirit of Beethoven’s Academy soirées where the legendary modernist, humanist and musical revolutionary presented his own creations to the Viennese public. Aimard takes both Beethoven projects to London as part of his ongoing three-year residency at Southbank Centre. In recital Aimard pairs the two mightiest and transcendental piano sonatas in music history — Ives’ Concord Sonata (which Aimard recorded and for which he received a Grammy award) and Beethoven’s Hammerklavier sonata.

He performs throughout the world each season with major orchestras under conductors including Esa-Pekka Salonen, Peter Eötvös, Sir Simon Rattle and Vladimir Jurowski. He has been invited to curate, direct and perform in a number of residencies, with projects at Carnegie Hall, New York’s Lincoln Center, Vienna’s Konzerthaus, Frankfurt’s Alte Oper, the Lucerne Festival, Mozarteum Salzburg, Cité de la Musique in Paris, and London’s Southbank Centre. Aimard was the Artistic Director of the Aldeburgh Festival from 2009 to 2016, his final season was marked by a performance of Messiaen’s Catalogue d’oiseaux with the concerts programmed from dawn to midnight.

Pierre-Laurent has made many highly successful recordings. In 2017, he signed an exclusive contract with PENTATONE Records. His first recording of the complete Catalogue d’oiseaux, released in Spring 2018, has been highly praised by critics and audiences worldwide and honoured with multiple awards including the prestigious German music critic’s award “Preis der deutsche Schallplattenkritik”. His recent Elliott Carter recording was honoured with the BBC Music Magazine Jury Award in 2018. In recent years Pierre-Laurent received a Grammy award in 2005 for his recording of Ives’ Concord Sonata and Songs and he was also presented with Germany’s Schallplattenkritik Honorary Prize in 2009. His recent recording of Murail and Benjamin with the Bayerischer Rundfunk won the 2017 Gramophone award in the Contemporary category. 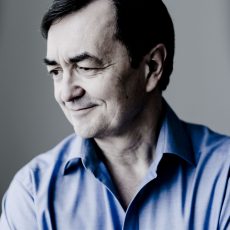 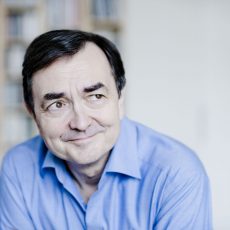 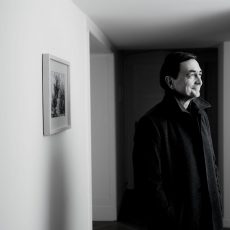 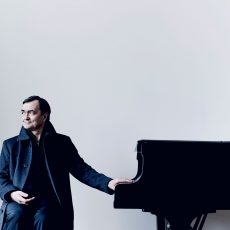